A meeting was held between Mr. Mahmoud Samy, Director of Swef Land Group, and Mr. Levan Davitashvili, Minister of Economy of Georgia, and his Deputy, Mr.Irakli Nadareishvili.

The meeting presented one of the largest projects of the company, “Hollywood” and underlined its importance in terms of economic and tourism development.

The next investment forum “Invest Hub” organized by the company was also discussed, which will be held outside of Georgia and attended by the Ministry of Economy of Georgia. The Minister and his Deputy invited the company to hold additional meetings in the field of investment in order to further deepen cooperation within the framework of state projects. 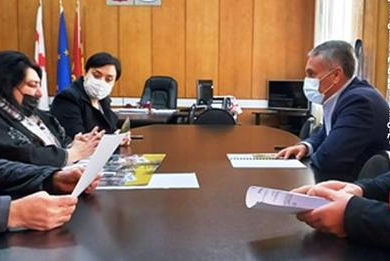